From Tent to Pop Up 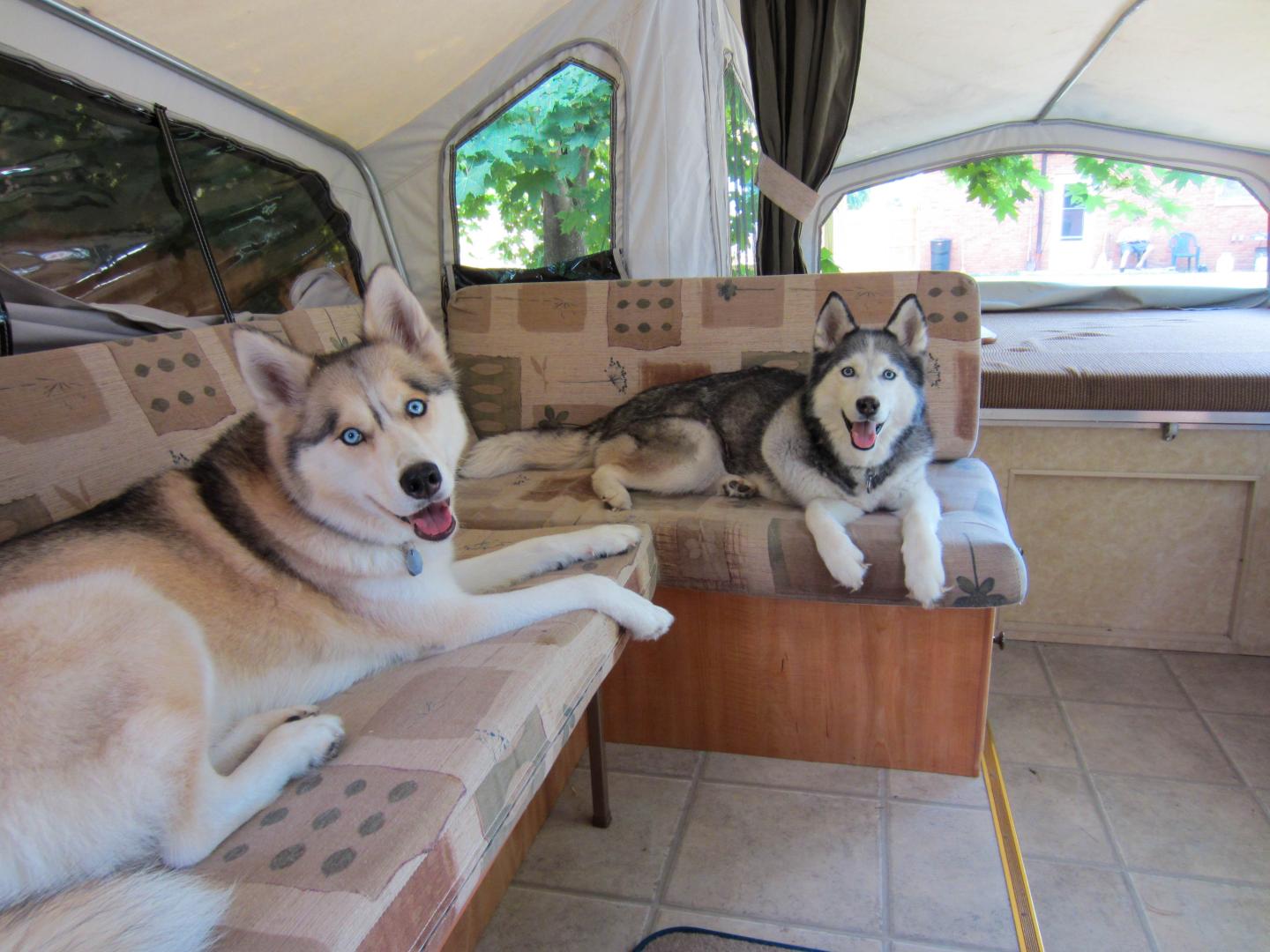 There is nothing better than loading up the travel trailer and heading out on a fantastic adventure with your dogs. Our story did not start with a travel trailer. Our story started like most people's first camping adventures, tent camping. My husband and I did a lot of tent camping before we got our first dog. In 2002 we got our first Siberian Husky, Shiloh, and she tent camped with us across the United States as we moved back to Michigan after living in Arizona for a few years. We tent camped with Shiloh for many years, but in 2009, we added a second dog to the family, Shelby. And tent camping with two dogs became a bit harder than we expected, so our adventure of finding a better solution for our travels began.

In 2010, we started our search for a pop-up camper. We had two dogs, Shiloh and Shelby, and we wanted just a small pop-up to make our travels more convenient. After searching the classified ads in the paper (remember those?), we found an 82-year-old woman selling her Jayco Quest Pop-up Camper. She was retiring from travel since her husband had passed away. We talked with this woman about the memories she made in this camper, and we knew this was the one for us!

This was our first little pop-up camper, and it changed our camping experience so much! Instead of trying to pack two dogs and all our gear and supplies into the back of our SUV, we could load the pop-up with everything. Also, let me tell you how life-changing having a little furnace and running water inside a camper was for us! Not to forget that we could now cook inside too. Our adventures became so much more enjoyable!

In 2012, we added a dog to our pack, we rescued Oakley, another Siberian Husky, and we decided it was time to upgrade the pop-up to something a bit bigger. Traveling with three dogs changes the dynamic of things! We found a family who graduated to a travel trailer and was selling their 2006 Starcraft 2412 pop-up camper. This thing was massive, and it even had a slideout! There was no way we could say no to this one! So, we sold our first travel trailer and moved on to this slightly bigger one. We traveled with this Pop-up for one full year, but once again, our lives would change.

In early 2013, our first husky, Shiloh, passed away at 11. The loss of Shiloh left us as a pack of 2 once again, and we weren't quite sure where our lives would take us, but in April of 2013, Memphis was born, and at the beginning of June, we brought her home, and we were once again a family with three pups! June and July of 2013 are scorching months for Northern Michigan, and we began to toss around the idea of upgrading from a pop-up to a Travel trailer with air conditioning since we do have snow dogs. So off to the Jayco dealership we went!

It's funny how the universe sometimes guides you to the right answer. We pulled up to the dealership and parked right out front there was a perfect little travel trailer, and we toured it and immediately fell in love. The next day, we purchased a brand new 2013 Jayco Ultra Lite 197 B Travel Trailer. In just over three years, we graduated from tent camping to two different pop-ups, and now we were playing with the big boy toys!

Memphis' first official camping trip was with that travel trailer, and to this day, that is still the camper we use. It has brought us on amazing adventures, and I hope to share many of those memories with you over the next few months!

We have been sharing our lives on social media for almost 12 years now. In those 12 years, we have had a total of 5 Siberian Huskies, Shiloh, Shelby, Oakley, Memphis, and Kira. We have been on so many amazing adventures together, and we have a lot of stories, both from the past and present that we are excited to share with you! We believe that life is a journey, and we want to take you along on our adventures! Come join us for the ride! 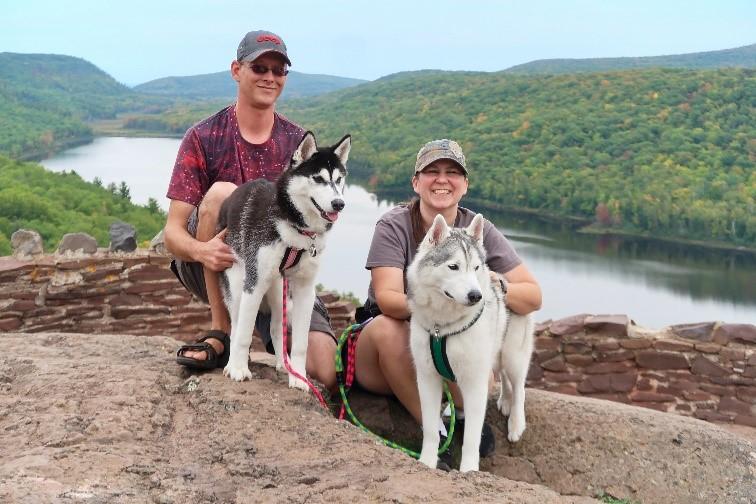 The Snow Dogs Vlogs, Jess and Jamie share their lives with Siberian Huskies! Their current pack consists of Memphis and Kira. Memphis is an eight-year-old snuggle bug who loves to be around people and experience all the smells she can. This dog loves to be hugged and snuggled but is always ready to hit the road for an adventure! Kira is a two-year-old who is already growing into being the next Diva of the family. She has the puppy spunk and energy and is constantly getting into trouble and making everyone laugh. She has already figured out that when they start packing their Jay Feather Ultra Lite, it means adventure is coming! They live in beautiful Northern Michigan, and many of their travel adventures focus on their home state. Their Jayco travel trailer has opened up so many travel possibilities for them. They have used their travel trailer in all kinds of weather, including snow.

Preparing to Take a Puppy RVing

Skip a Big Breakfast and Get Up Early When RVing