How to Save Gas 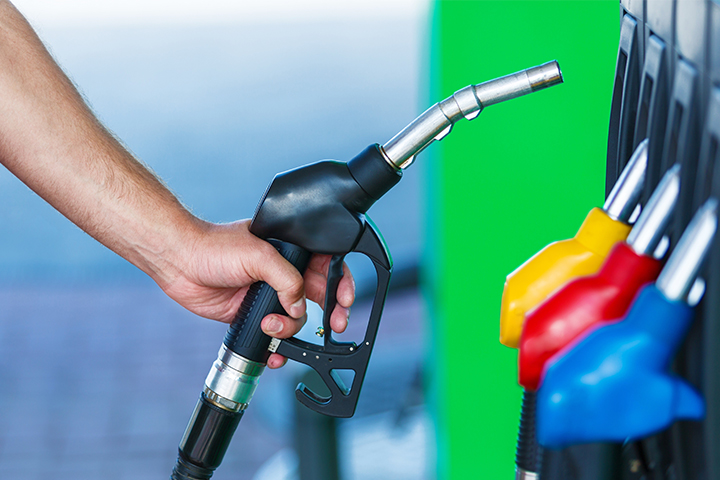 Tip #1 -  Relax Your Right Foot
The best way to save gas is to relax the gas–pedal foot. Don't drive aggressively and don't stomp on the gas pedal. Racing to the next stop and slamming on the brakes can cost you big time! If you accelerate at one–quarter or half throttle, the fuel mileage gains can be impressive. In a test done by Edmunds.com (one of the top car information sites), moderate acceleration and braking was shown to offer an average of 31 percent in fuel savings over aggressive driving behavior.

Tip #2 - Turn the Engine Off
Excessive idling also wastes a lot of fuel. When you're stopped at a light for more than a couple minutes, shut the engine off. Again, a recent test performed by the Edmunds.com automotive staff showed a fuel savings of up to 19 percent by shutting the engine down at each stop (10 stops) during a 10 mile test drive, rather than letting the engine idle during the two–minute stops over the same 10 mile, 10 stop test route.

Tip #3 - Maintain Proper Tire Pressure
Under–inflated tires can cost you two ways. Not only is it dangerous to drive on improperly inflated tires because of the increased chance of failure (a blow out) at high speeds, but mushy tires will cause your vehicle to use more fuel. The savings are modest, but none–the–less, by keeping your vehicle's tires inflated to the recommended level, you'll squeeze more miles out a gallon of gas and maybe another day of camping!

Tip #4 - Put 'er on Cruise Control
Use the cruise control function on your vehicle, but use it only on long, flat stretches of highway. If you keep the cruise control "on" in mountainous areas, the system will try to maintain the set speed and you'll waste a lot of fuel as the transmission downshifts and the engine speed (rpm) rises to climb the hills. Using cruise control smoothes out the accelerator input over the long haul and will help cut down on fuel consumption.

Tip #5 - Slow Down
You would be shocked at how much gas you can save by simply slowing down. The difference in fuel consumption between a car cruising at 75 mph and 65 mph is significant. Slowing down and driving the speed limit has been shown to provide up to a 14 percent savings in fuel on a long trip. And you will save even more money because you won't get any more of those expensive speeding tickets!